I recently returned (reluctantly) from an 18 day holiday to Japan.  This comprised of a 4 day stay in Tokyo, 2 nights in Takayama, 2 in Kanazawa, 3 in Nara and 4 in Kyoto (plus one in the airport hotel at Osaka which isn’t worth discussing further).  The purpose of this trip was primarily a holiday planned around interesting sights and Michelin star restaurants.  High on my personal agenda throughout the holiday was antique shopping and museum visits to hunt for netsuke and urushi work though almost anything old and well made will grab my attention.  Before going on my trip I couldn’t find any short guides to buying antiques in japan so here are some of my essential tips. 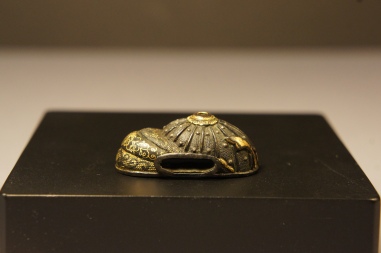 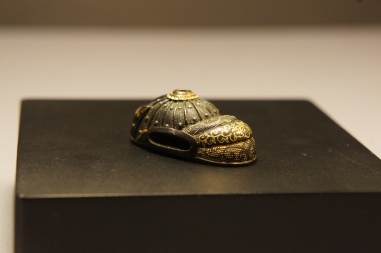 First off I will give a bit of a general overview of my experience when antique shopping in Japan which was mainly positive.  My experience ranged from vintage open air markets, little junk shops and more professional dealers.  Almost everybody I spoke to was willing to entertain the idea of me buying something (I think one or two stores in Kyoto were not but I can’t be sure of this, I was just politely but firmly ushered out) and everyone I spoke to was willing to negotiate on prices.  The strength of the exchange rate at the time of my visit probably helped with this but having a few key phrases really helped too.  A few cheap phone apps can help with this. there are many on the market which provide key phrases.  It really took people by surprise being able to ask a few things in Japanese when browsing and negotiating.  Key phrases I would learn are:

In addition to the phases above know the name of what you are looking for and how to pronounce it such as netsuke is not pronounced net-suck-ay, but is pronounce net-ski or net-ske.  A lot of time was saved by walking into shops and saying, Hello.  Excuse me, netsuke? inro? to which most responded ‘no’ and then I could say thanks, goodbye.  I also had a list of word relevant to the item I was looking for such as material names for netsuke.

Another must have item was a notebook and pen.  This is the easiest way of asking how much something is and then negotiating on prices and all each person has to do is write down numbers.  Many shopkeepers will have a calculator to do this but pen and paper are a good backup. 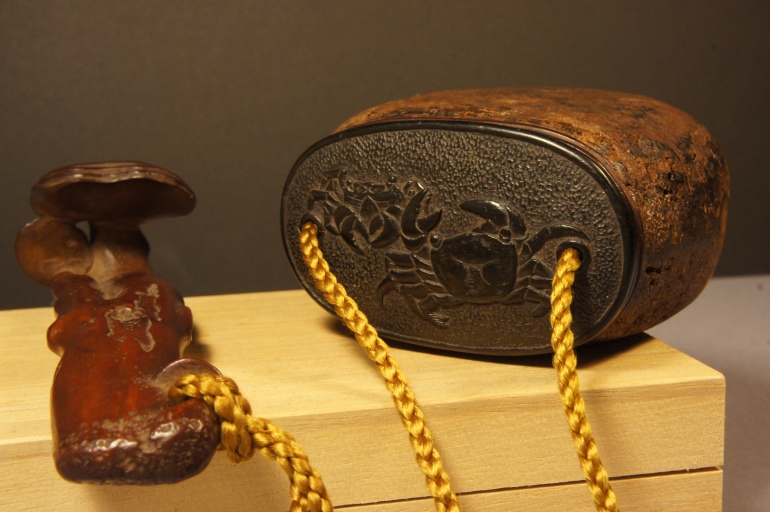 The main items I searched for were netsuke and inro whilst on holiday.  Prices for these items can vary massively from one to another but there were price differences from one city to another.  Kyoto was by far the most expensive but it also had the most antique stores and the area I shopped in is well known for its antique stores so there was probably a higher premium.  It also had the better quality of netsuke and inro that I encountered.  The open air market in Tokyo had a huge range of prices.  I made the mistake here of buying something I had not set out to buy, a tsuba and fuchi.  I realize now I probably over paid for them both as I had done no previous research on these item types.  If you are looking for certain things then stick to what you know or you’ll get stung.  Nara and Takayama had a good range of shops and prices were overall reasonable but be careful of overpaying for low quality goods in inexperienced antique stores.  I didn’t find many antique shops in kanazawa but was there during a public holiday.  I think most bargains to be had were in Tokyo and Takayama.

Buying anything an a whim can be a poor idea but in antique shopping it’s a terrible idea.  If you are looking for netsuke or related items do not presume that just because you are in Japan all the netsuke you see are genuine.  I saw more chinese ivory and wood fakes (netsuke like object, tourist pieces, what ever you want to call them) in Japan that I have seen anywhere else.  For every one genuine netsuke I saw I probably saw 4 or 5 fakes.  I don’t think shop owners were trying to deceive unwary travelers but I think many antique dealers had no idea about netsuke themselves.  This is why knowing what you are looking for is crucially important.  Visits to museums to see the genuine article, taking photos and examining the fine detail is a must.  If possible go and see a reputable dealer first and ask them to give you a quick lesson on what to look for.  If you fail at this stage you’ll end up spending large amounts of money on items which just aren’t worth anything more than sentimental value, so in other words worth nothing to anyone else.

I hope this helps anyone going to Japan and wanting to bring back something more than tourist tat. A few google searches when in Japan helped me locate shops but just keeping a eye out when shopping is a must.  For Japanese phrases there are a few good apps out now which really helped. 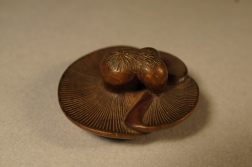