Since returning from my travels in Japan in October 2015 my work on netsuke has not been as prolific I would would have liked. I have yet to produce a new fox priest after the last one escaped and only now do I feel like I am starting to get back into carving after that setback.

This is one of the netsuke which I have made to keep myself busy since last year.

It is a group of reishi fungi depicted in mountain mahogany which was inspired by the many different fungi and I saw in Japan last autumn (there are pictures of them on my instagram). This has a light staining to finish using yashadama. Spurs on the underside of the fungi heads have been depicted using ukibori technique. 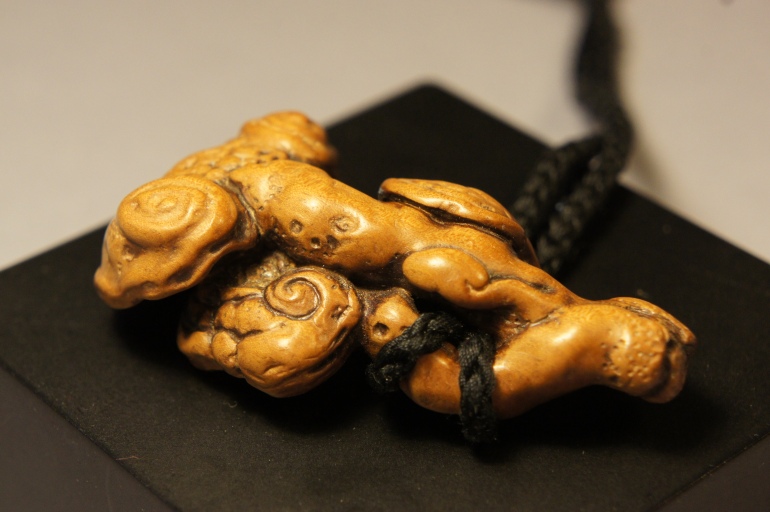 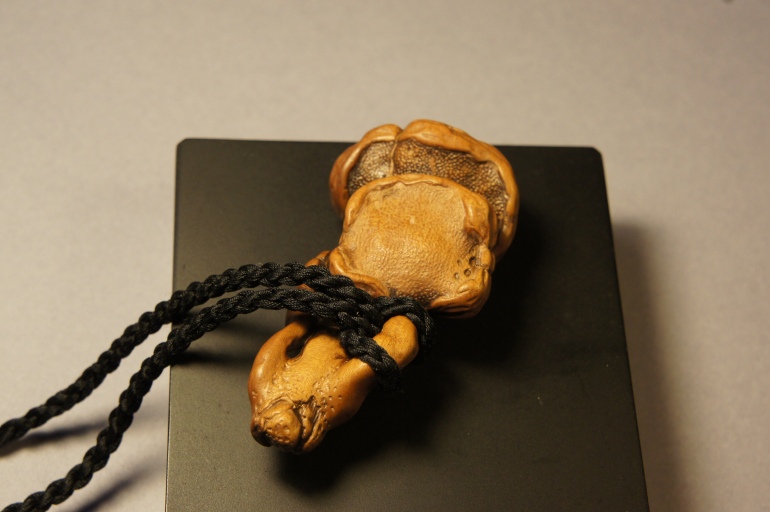